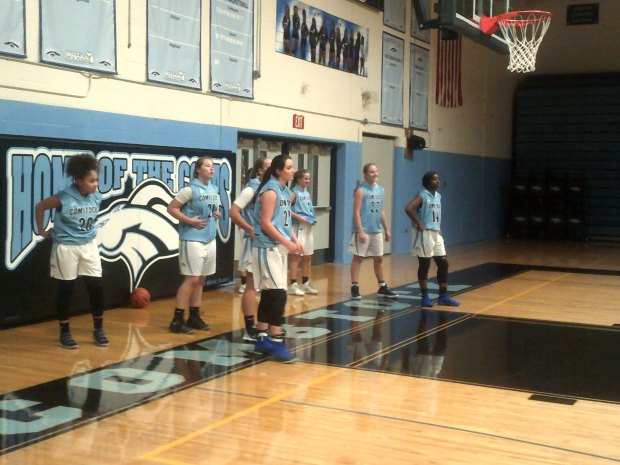 The Comstock Colts started the 2017-18 girls basketball season with a win on their home court Tuesday, defeating the Vicksburg Bulldogs 58-39.   Vicksburg had the game’s first bucket, but Comstock responded with a three-pointer and held the lead for the rest of the contest.

The Colts started with a 14-4 run, although their lead shrank to 17-10 after the first quarter.   Comstock led by as many as 11 in the second half, but numerous Colt fouls sent Vicksburg to the line, allowing them to get back within six by halftime, 26-20.    Comstock cleaned up their defense in the second half, fouling only twice, allowing them to assume control the rest of the way.

Comstock’s top scorers were Daisy Ansel with 16 and Ahkyla Blakely with 15.   Vicksburg’s Hannah Vallier led all players with 18 points, including a 6-6 mark at the foul line.

The Colts stay at home for their next contest on Friday against Niles Brandywine.   The Bulldogs continue their opening road trip, heading to league-foe Three Rivers Friday.    Listen back to Tuesday’s game below: