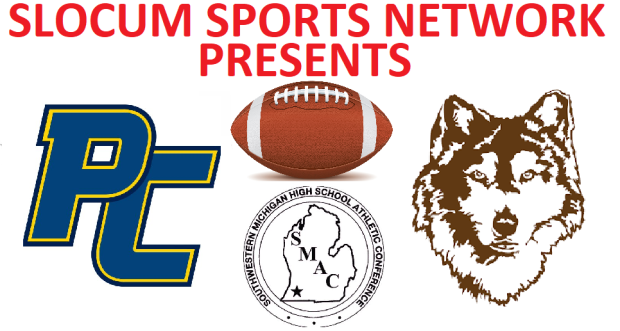 Listen live online Friday on the Slocum Sports Network as Portage Central hosts Portage Northern for week seven of the high school football season.   In a spring poll from Addix Gear, this football rivalry was voted as the best in all of Michigan.    Barring a postseason rematch, this will be the final time these teams will meet at McCamley Field.

According to Michigan-Football.com, these schools have met 57 times since Portage Northern opened in 1965.  The Mustangs lead the all-time series 37-20 and won twice over the Huskies last season, 56-27 in the regular season and 21-14 in the Pre-District round.  Over the last ten years, Portage Central has won 12 of 14 meetings with Portage Northern.

Listen live online to Friday’s game on the Slocum Sports Network with kickoff scheduled for 7 p.m.