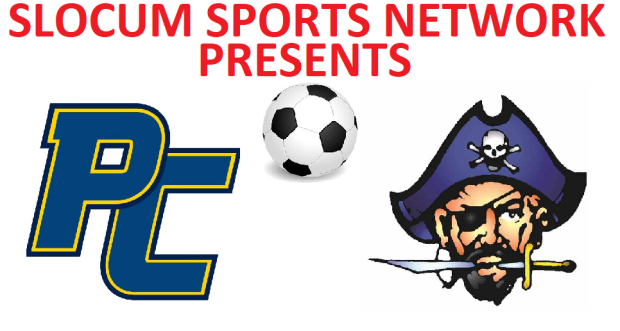 Listen live online Saturday at 1 p.m. on the Slocum Sports Network as the Portage Central Mustangs host the Grand Haven Buccaneers in boys soccer.  The game should serve as another strong test for two teams entering a very tough Region #1 in under three weeks.

The Mustangs set a new high with a #2 ranking in this week’s Division 1 coaches association poll.    On the season, Portage Central is 11-1-3, earning a 6-0 win against Lakeview and a 1-1 draw with Gull Lake this week.   No team has scored multiple goals in a contest against the Mustangs thus far.    Grand Haven is 11th in the latest poll, although they’ve been as high as #8 this season.  The Bucs are 8-3-2 on the year with their lone game this week a 4-0 loss Tuesday at #12 East Kentwood.

Grand Haven hosted Portage Central almost exactly one year ago and earned a 3-0 win over the Mustangs.   Two seasons ago in Portage, they played to a scoreless draw.

Listen live to Saturday’s match online on the Slocum Sports Network with kickoff scheduled for 1 p.m. from Portage Central.