RECAP: Comstock Gets 15th Win of Season in 3-2 Victory Against Cassopolis 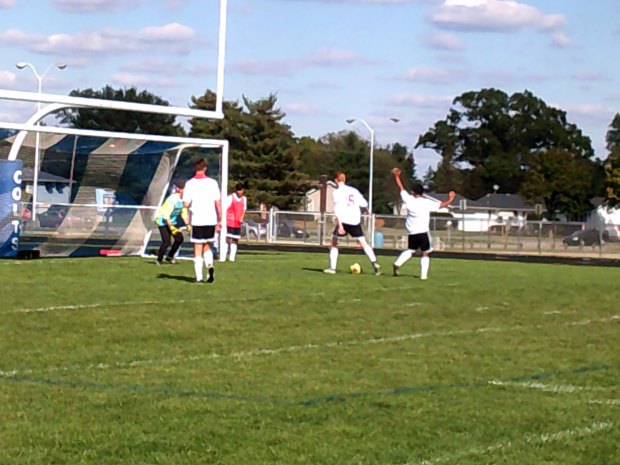 The Comstock Colts survived a late charge from the Cassopolis Rangers Thursday afternoon, holding on for a 3-2 home victory.   Initially, it appeared the Colts could rout the Rangers, as junior forward Evan Veenhuis scored three goals within the first 14 minutes.   Goals in the 6th, 10th, and 14th minutes put Veenhuis to 44 goals on the season.

Cassopolis added one goal in the 26th minute from Kiambu Gary, taking a 3-1 score into the halftime break.  Less than four minutes into the second half, the Rangers drew a penalty kick, which TJ Gless, Jr. capitalized on for a 3-2 score.   Cassopolis had a number of good opportunities the rest of the way, but the Colts held firm with freshman goalkeeper Logan Hicks.   A number of key saves, including back-to-back saves on a Gary breakaway, allowed Comstock to get the win.

Comstock improves to 15-2 overall with the victory and Cassopolis drops to 12-5.   The Colts travel to Maple Valley Monday for their next match, while the Rangers venture to Niles against Brandywine Monday.   Listen back to Thursday’s game below: