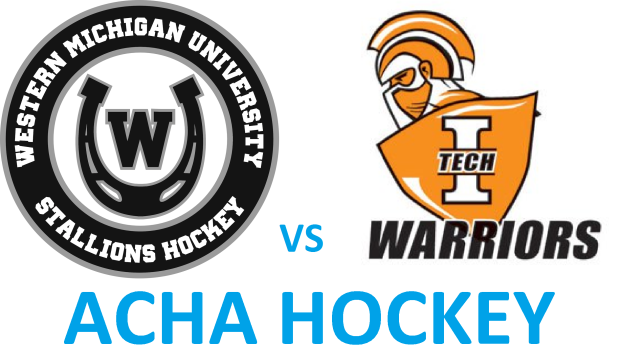 Friday and Saturday’s games will be the first time they’ve met this season.  The two meetings last year were won by WMU, 4-3 in overtime and 4-2.     The Stallions and Warriors met four times the previous season with two Stallion wins and two Warrior wins.   WMU has won the last four meetings with the last loss to Indiana Tech coming on the road on January 24, 2015.

Listen to both games on the Slocum Sports Network.   Friday’s contest is scheduled for 6:30 p.m. at Wings Stadium with Saturday’s game at 8 p.m from Wings West.