PREVIEW: Crosstown Rivalry Resumes on Hardwood Between Huskies and Mustangs 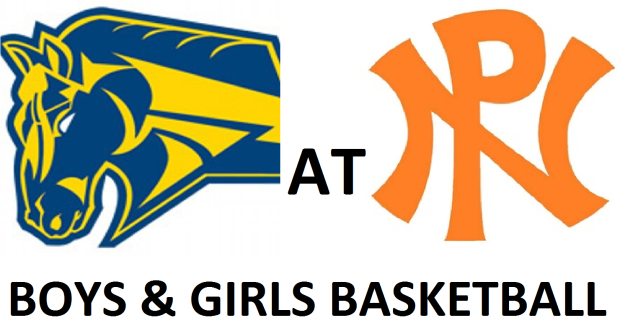 Following a meeting on the ice Wednesday, Portage Northern and Portage Central face off tonight (Friday) on the Slocum Sports Network in boys and girls varsity basketball.   It’s the first meeting this season between the two schools on the hardwood.

The two boys meetings last season came down to the wire with the home team narrowly winning both, 54-52 at Central and 50-46 at Northern.   So far this season, the Mustangs hold a 4-1 record and the Huskies sit at 3-4.   The Huskies haven’t won yet in 2017, losing both of their games post-break so far (vs Mattawan and Kalamazoo Central).   The Mustangs only have one game post-break, a 67-32 beat-down of Battle Creek Lakeview on Tuesday.   Their only defeat so far came by four points against Paw Paw.

In the girls matchup, both teams look improved from losing records last season.  Both are currently around the .500 mark, with the Huskies at 4-5 and Mustangs at 3-4.   Their one score from last year went to Portage Central, 48-30.

Listen to both contests on the Slocum Sports Network by clicking here or above on the “Listen Live” button.  The girls contest is scheduled for 5:45 p.m. with the boys to follow.